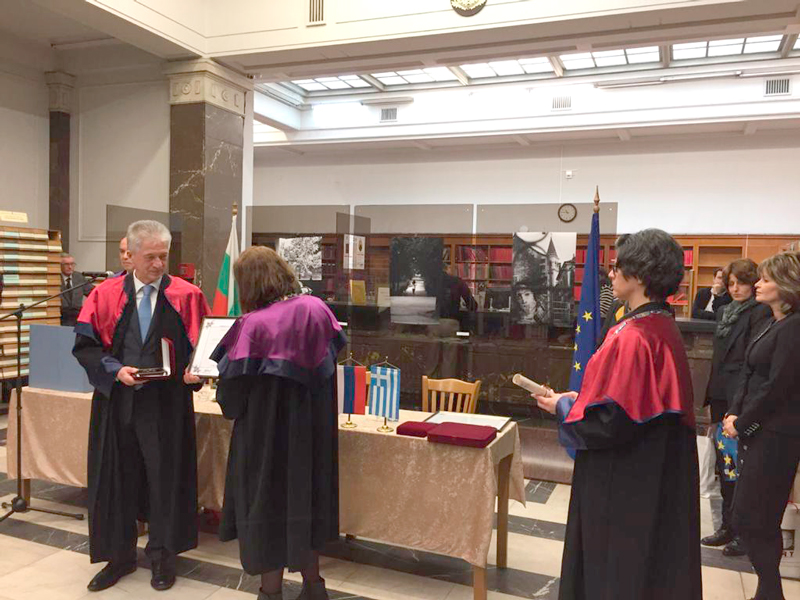 Michael Bogdanov, CONSORT’s Chairman, was awarded the title of Honorary Professor at the Bulgarian University of Librarianship and Information Technology.

At a ceremony at the National Library in downtown Sofia, he, after Bulgarian Vice President Ilyana Yotkova, was solemnly dressed in a professorial gown and awarded a diploma certifying his large contribution to the development of leadership qualities of international managers, for helping to promote the ideas and theories studied by the university’s students. At the end of the ceremony, Michael, along with representatives from Greece, Hungary, and Bulgaria who received the same title, took part in a master class, which was attended by over 120 students and faculty of the university.