CONSORT Press Executive Search is in demand across the world

On April 18-20, 2018, the annual European conference of the International Executive Search Federation (IESF) – of which CONSORT Group has been a partner since 2005 – took place. It was hosted by Romania this time, and the event was held in the beautiful city of Timisoara.

The conference was imbued with an extremely positive atmosphere – all countries (except, unfortunately, for Russia) reported on the record – the best ever in their respective histories – year of 2017. The largest revenues, most expensive assignments – colleagues from Germany, France, Spain, Romania, Poland, Israel, Italy, Holland, Belgium, Switzerland etc kept talking about those. Normand Lebeau, President of the Federation, and the IESF’s Canadian partner from Madrake search firm, also spoke of the same trend in North America and the best year for their business in Canada. On the first day of the conference, his company signed the largest contract during nearly thirty years of Mandrake’s history. The Executive Search service globally is experiencing a stable growth and is in high demand. We hope that the growth of the Russian economy will return, too, and with it the prosperity of our industry.

Eti Katabi, a Partner from Israel, presented her first book on management consulting entitled The Fastest Way to Corner Office which is available on Amazon. Victor Carulla, a Partner from Spain, shared his joy and pride: his search firm Headway was included in the list of the best Executive Search companies in Spain, along with international giants of the search industry.

Among major issues discussed during the conference were new progressive methods of marketing and promotion of services as well as increasingly sought-after searches conducted simultaneously in different countries (and even across continents). Also discussed were additional services other than Executive Search offered by partner companies. Our colleagues singled out as the most demanded services those of Interim Management, management audit and talent management.

The conference concluded with a successful seminar that brought together over one hundred and fifty guests, on the topic of Humans and Technology in the Age of Innovation.

And after the conference was over, our friendly IESF team went on a tour of Romanian castles and the capital Bucharest. In our opinion, Romania is clearly underestimated from the point of view of tourism potential – amazing nature, rich history, delicious food and wine, and affordable prices can attract a lot more of Russian tourists! 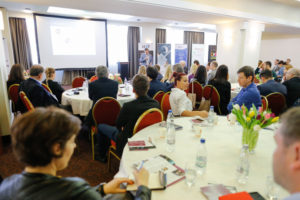 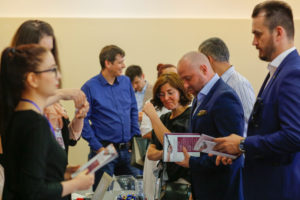